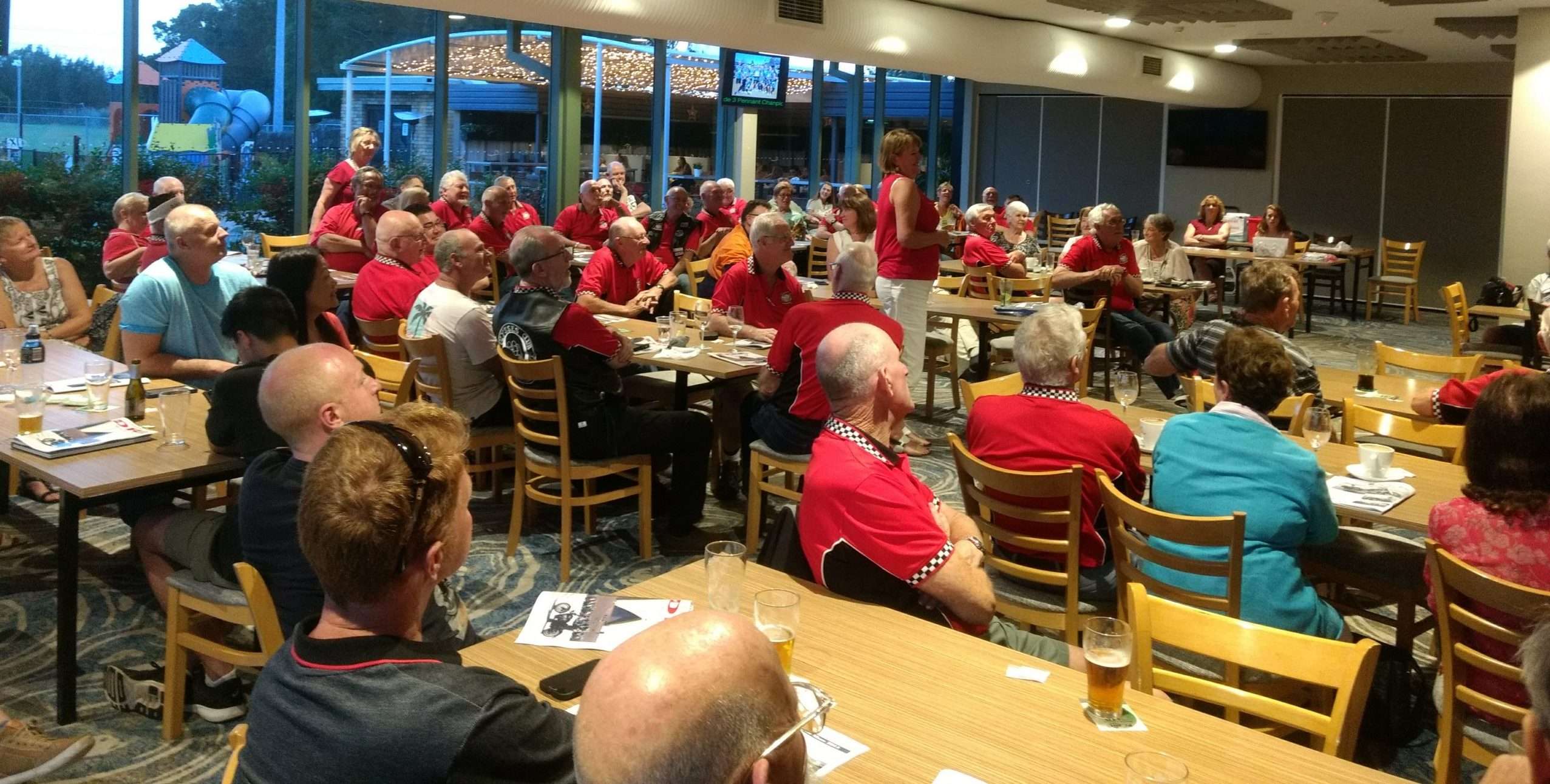 Thanks to all the members who were able to attend the meeting on the Queens Birthday Monday. Once again the attendance was encouraging given that there were so many members unable to attend due to travelling and it being a long weekend Monday.

First off its a happy birthday to our very own Ducati-nista, Big Al. Many happy returns Al.

My President’s report generated a lot of good discussion from the floor. It could be accused of being a bit long but was important to the Branch membership to hear and understand.

I and other Committee members have been frustrated and concerned following recent interactions with the National Committee in some of the responses we have received.

The Branch has been asked to have a stall at Breakfast Torque this year and we will be there as usual. Following discussions with Sutherland Council I thought that this might be an excellent opportunity for the National Committee to get involve and to ‘sell’ the Ulysses brand to a broader audience.

With that in mind I sent an email to the Ulysses governing body suggesting that they to consider committing funds and becoming a major sponsor of Breakfast Torque 2022 in October as a way to highlight the Club and to perhaps promote membership: this however was ultimately declined.

The frustration with the governing body was not simply the fact that they declined the sponsorship it was that it took me two emails, first to get them to acknowledge receipt of the original email and a second email from me to get an outcome on the reques following the NatCom meeting the previous weekt! I will not go into the to and fro of emails between, me, our Secretary and members of the National Committee but the end result of all of this is that there appears to be absolutely no interest from the governing body to look at alternative ways or even ways to stem the decline in Club membership; a membership that has gone from 22,000 in 2014 to around 11,00 currently. NatCom expects the Branch to do all the heavy lifting in regards to membership.

Ulysses Club will perhaps cease to exist in the next 10 years (or sooner?) without some innovative ideas and strong national leadership to publicise the Club and to appeal to the new member; in particular the 40-50 age groups.

See you at the July meeting where we may finally be able to hand out the awards I have been banging on about for so long and also present the outcomes of the survey and draw the winner of the $100 gift card.

Cheers all and stay safe.