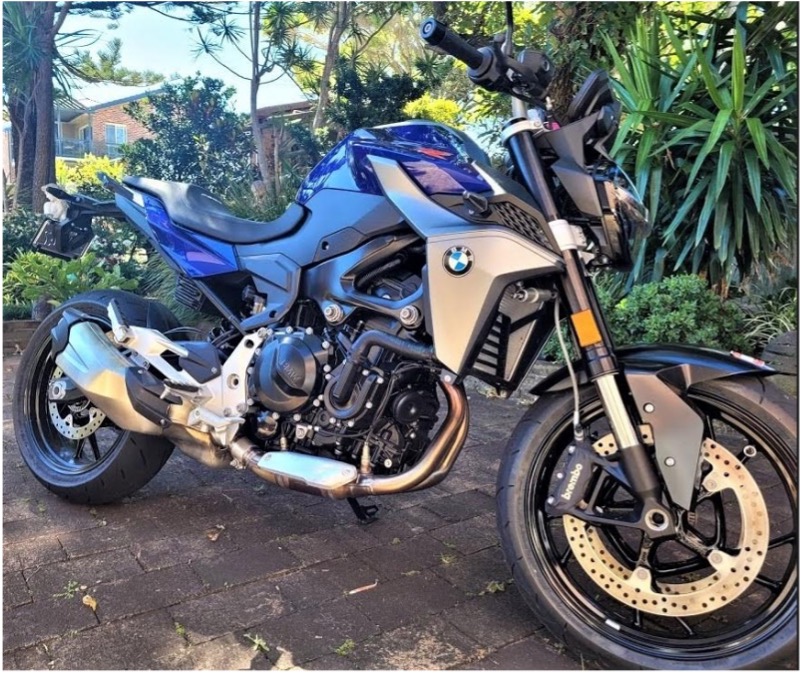 Gerry Bloeman gives his impressions of the new BMW F900R.

Our thanks as usual to the good folks at City Coast Motorcycles for the providing the opportunity to review the bike.

I believe, the BMW F900R, and to an extent the F900XR, are BMW’s attempt to expand its product range into the now awakening mid-range sector.

This is their attempt to compete against some other popular models, namely their main competitor the Yamaha MT-09 and possibly the Triumph Street Triple R and the Kawasaki Z900. Read that the F900R replaces the F800R, which had been in production for some time and missed producing an F850R model.

I was luckily able to get my hands on a San Marino Blue metallic F900R courtesy of City Coast Motor Cycles, Wollongong – the F900R also comes in Blackstorm metallic and Hockenheim Silver metallic/Racing Red. My first impression wasn’t overly favourable, as I’d been led to believe it was quite a bike. Initially it felt quite doughy, especially in the lower rev range, didn’t help that I was caught in some suburban traffic. But, when I opened it up above 5,000, or so revs, what a revelation – it really picked its tail up and literally blew me away.

The twin cylinder four-stroke 895cc parallel twin develops 77Kw/105hp at 8,500 rpm with 92Nm of torque at 6,500 rpm which probably explained the sudden surge of power when the revs built up. Needless to say, after some time in the bike I was mightily impressed. I found it very compliable, extremely flickable on tight bends and on sweepers it held its line as if glued to the road. So, no complaints in the handling department and I believe, under perfect conditions – which doesn’t need explanation – not much would keep up with it up Macquarie or Jamberoo Passes – I know, a big statement, but it really handles exceptionally well.

For a twin I found it to be quite smooth – BMW have got rid of unwanted vibration by using a pair of counterweight shafts ahead, and behind, the crankshaft. They have also incorporated a 270/450 degree firing order, which sort of, simulates the feel/sound of a vee twin.

Found the F900R to be a very easy and forgiving bike to ride. The suspension, though not in super-bike league, did soak up most road imperfections admirably – with 135mm at the front and 142mm at the rear being reasonably generous. Not only does it go well but also stops phenomenally well – at the front, twin 320mm floating discs with Brembo 4-piston radial brake calipers and at the rear, a 265mm single disc with a Brembo 1-piston floating caliper – with stainless steel braided brake lines. Also, the bike I had was equipped with ABS Pro – need I say more.

The F900R, at least the one I tested, comes with a large range of high-quality standard equipment – vis; a 6.5 inch TFT Screen, Connectivity, LED’s all round, Standard Modes – Rain, Road and on this model, Dynamic, Two-way Quickshift, ABS & ABS Stability Control.

To work your way through the various settings on the TFT Screen is relatively straightforward. One of the displays is the cornering angle – great fun but found it a bit disconcerting – as, how far can it be leaned over, watch the angle, still try and go  a bit lower and consider where you’re going. Got to well over 40 degrees before I piked out and still nor scraping – remember, getting old!!!

Personally, I was quite happy with what was offered on the test bike.

Remember, I’m an old fart and find too many things to play with confusing and only detracts from the pure pleasure of riding.

Now my pros and cons. Extremely impressed with the ergonomics, handling, characteristics and overall set-up of the bike. Loved the Muffler lay-out which flows with the bikes lines and the aural pleasure emanating from it. But I couldn’t come to terms with the miserly 13 litre fuel tank and the seat, which looks good, but I found it to be on the hard side. Would imagine the F900R would be a great urban/gorge missile as it’s very well balanced, narrow, powerful and lane-splitting is a breeze. Not so sure about long trips, which I do a fair amount of – my bottom was pretty numb after about one and a half hours and fuel range restrictions apply – think the XR might be a better choice in this respect. In regards, to the seat I would highly recommend replacing it with the Optional Accessory Comfort seat.

You may note that I just touched on the F900R specifications and I just haven’t enough room to list them. Obviously if you are interested may I suggest you check them out on the BMW web-site. As noted, this is my perceptions on the F900R and not a technical break-down of it.

Now the question, did I enjoy my time with the F900R – Obviously, yes hysterically so and as noted my only gripes were the seat and the fuel range.

As always, I would like to thank Tim & Paul of City Coast Motorcycles, Wollongong for making the BMW F900R available to me. 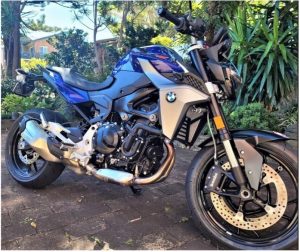 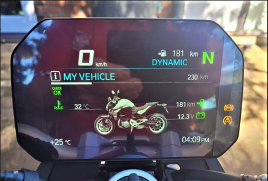 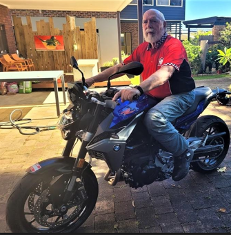