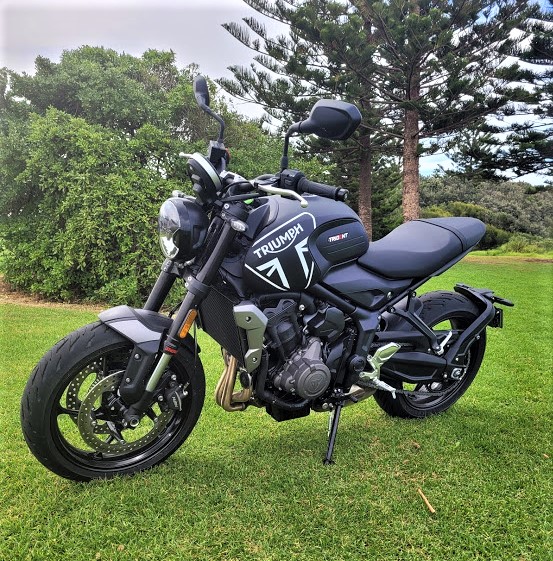 From the sublime to the ridiculous or, is it the other way round. This month I had the pleasure to sample the 2021 Triumph Trident 660 for an extended spin which was, in a nutshell, a bit different to my previous ride (BMW R 18). Just a bit of background information, the Trident was developed in Britain and manufactured in Thailand in Triumph’s own plant.

Apparently, at this stage, we will only be getting a detuned LAMS version which applies to Australian and New Zealand markets only. The ones we get will be limited to 53hp and 59Nm of torgue. That’s more power than the Yamaha MT-07, Kawasaki Z650 and Honda CB650R, which Triumph are taking head on, though possibly at a slightly higher cost. The full power overseas model delivers 80hp at 10,250rpm and 64Nm of torque at 6,25 rpm.

The LAMS Triumph Trident 660’s peak power arrives at 8,750rpm, 1,500rpm’s less than the full power model and the torgue peaks 1,250rpm lower. The LAMS model is 27hp down on the overseas model, however, ours is only 5Nm of torque less, but it does come in earlier. I can vouch for this as I found it to be quite hard-hitting off the mark.

Overall, I believe this highly competitive middleweight segment of the market to be key to manufacturers enticing new riders and ones getting back into the fold to get them on-board early with their brand. As such, Triumph looks like it hopes the Triumph Trident 660 will be an integral part of their decision.

For the most part, I had trouble believing the Triumph Trident 660 was a LAMS bike and can only remember Geoff Sim’s credo that you don’t need a big bike to really enjoy yourself. Truth be told, I had an absolute ball on this middleweight LAMS bike. Triumph must really rate this bike as it came shod with Michelin Road 5 tyres. A couple of things that really stood out for me, were:

In summation, the LAMS Trident’s performance was exceptional for this class and it didn’t lack an iota of power. With the torque coming in relatively low down in the rev range, which really propelled it forward and was rousing, to say the least. Found the triple layout to be the best of both worlds – had the low down and mid-range of a twin with the top end performance of an inline four. Also made it a very tractable unit making forward progress quite effortless without having to stir the gearbox unnecessarily.

As always, I would like to thank Tim & Paul of City Coast Motorcycles, Wollongong for making the Triumph Trident 660 available to me. Here I would highly recommend visiting them and taking one for a test ride………you won’t be disappointed and if it doesn’t blow you mind, well! 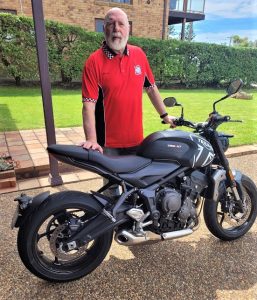 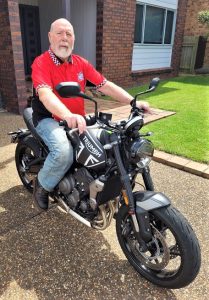 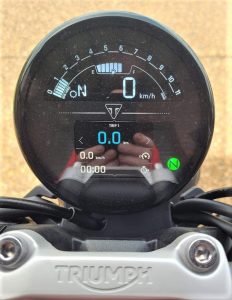 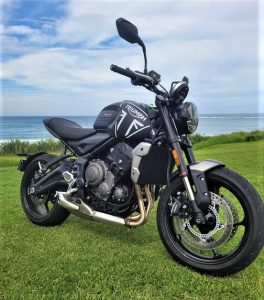 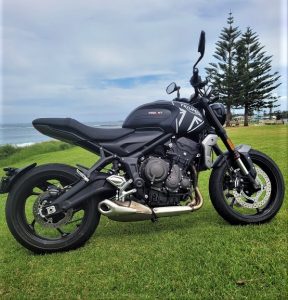 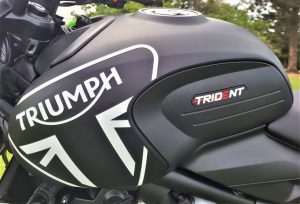